The Macro Subjectivity of 'Microaggression' Studies

Ever since the most blatant forms of racism and discrimination in America faded, what are called microaggressions have, in the view of leftist academics and social justice activists, taken their place. These are “a form of racism,”  the slights and insults that, though subtle and small and typically unconscious, are insulting and harmful to their targets.

As noted by Edward Cantu and Lee Jussim -- respectively, a law professor at the University of Missouri and a professor of social psychology at Rutgers -- microaggressions are a hot topic, as universities, diversity trainers, and others are “operationalizing” the microaggression idea “as if it were the product of rigorous science.” 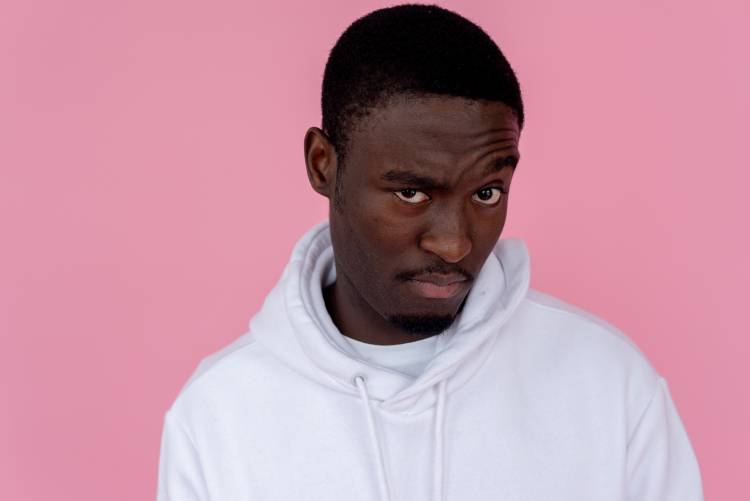 Are you dissing me?
SHVETS production

But in an exhaustive analysis of the research supporting the “current microaggression construct,” or CMC, Cantu and Jussim find that a microaggression is basically what a microaggression researcher subjectively believes it to be, with almost nothing in the way of scientific evidence that racism is embedded in it or that its alleged victims even see it as racist or harmful.

Most studies attempting to measure microaggressions and their harm are based on such small samples as to be statistically meaningless, their analysis concludes. In some instances researchers draw clear conclusions from what are actually murky data. They cite one study, for example, in which the white lab partner of a black woman asks her, “How did you get so good in science?” -- a statement that, according to the CMC, embeds the insulting racist assumption that blacks are not good at science.

“To be sure,” Cantu and Jussim write,” that question “might be an expression of racism.”  But, they ask, why should that be the default interpretation when there are other equally plausible explanations, for example, that the white student simply believed that her lab partner was very good at science? 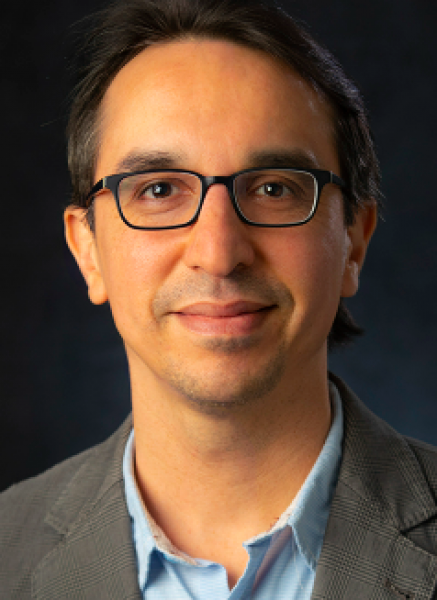 Edward Cantu, microaggression study co-author: It asks, why should racism be the default interpretation when there are other equally plausible explanations?
UMKC School of Law 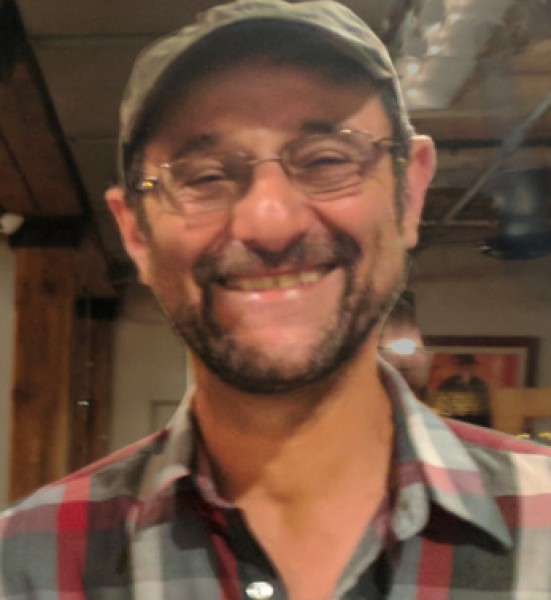 Lee Jussim, study co-author: “No study ... reliably demonstrates that people of color agree with researchers about what constitutes microaggressions,” his paper says.
Antrocent/Wikimedia

The study's actual results on this point were mixed and unclear.  It was based on a sample of just 20 black respondents, all of them college students from the same region of the country, showing 53% of them perceiving the statement to be at least “slightly racist” (with no breakdown between those who said “slighly racist” and those who said “very racist”) and 47% finding it not racist at all. The researchers dealt with this very mixed and inconclusive result by saying those 47% were possibly less intelligent than the 53%, or were just the kind of people “who simply may not be offended by anything.”

“No study ... reliably demonstrates that people of color agree with researchers about what constitutes microaggressions,” Cantu and Jussim conclude.

Cantu and Jussim attribute some of the research findings basically to a wish on the part of the researcher to come to preordained conclusions, such that “confirmation bias cancels vigilance.” The same analysis would seem to apply to other research findings purporting to show that “the status quo is inherently racist,” as Richard Delgado, one of the founders of critical race theory has put it.

Racism exists, of course, as does the heritage of slavery and Jim Crow. The question is whether they are so deeply embedded into the workings of society as to have a profound, inescapable impact on their victims, no matter what these victims do. The fashionable post-liberal assumption is that they do, and an industry of “woke” research has emerged to give a gloss of simple, objective truth to that conclusion.

The murder of George Floyd by Derek Chauvin, for example, gave rise to a widely propagated image of an America full of racist police engaged in a random slaughter of blacks. It was a powerful, emotionally gripping narrative, one made all the more powerful when the media ignored contrary facts, for example that three times as many whites are killed by police every year than blacks. 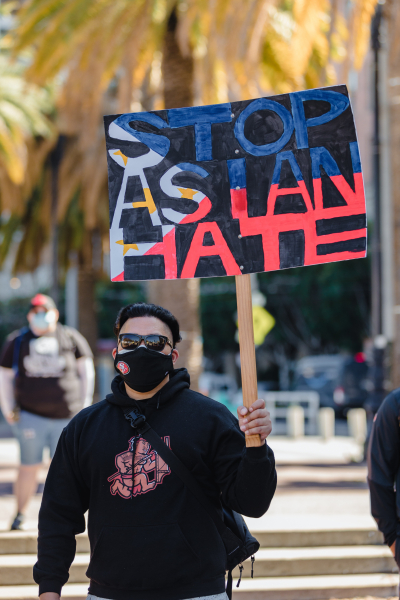 Similarly, after the shooting of eight people, including six Asian massage workers, by a sex-crazed white gunman in Atlanta in March, the media were full of commentary about how the rise in anti-Asian violence revealed the persistence of systemic racism and white supremacy. “A majority of the perpetrators were reported to be white and male,” declared a typical statement along these lines in Time magazine months after the incident.

It is, of course, understandable for people to feel strongly about the assaults on Asians, some of them very violent, that have taken place on the country's streets.  But that Time essay, which was entitled “I'm tired of educating white people about anti-Asian racism,” endorsed the “woke” first principle, that any disproportionate impact is by definition due to white racism.  The evidence cited in the Time article, however, is strikingly weak and inconclusive. It came from  the “Virulent Hate Project” at the University of Michigan, which acknowledged that “only a small fraction” of the news articles used to compile the figures on anti-Asian attacks identified the race or sex of the attacker.

Exactly how small a fraction—whether one-fourth or one-twentieth—neither the research nor the Time essay said. But any small sample provides a weak basis for the unqualified declaration that “a majority” of the attackers were white and male. Moreover such generalizations fail to account for the many videos showing a substantial number of the attackers to be psychologically disturbed homeless people, black, and female. Nor does it factor in police explanations of the violence, like the New York Asian Hate Crimes Task Force finding that mental illness was the “common denominator” of the perpetrators and that race was not a “major factor.”

Another persistent argument about the depth and persistence of “systemic racism” has to do with school discipline and the contention that black students are punished for misbehavior more frequently than white students. People contending that this reveals the underlying racism of American life cite studies showing that blacks do not commit school infractions more often than whites.

A 2019 report by the United States Commission on Civil Rights, for example, found that “students of color as a whole ... do not commit more disciplinable offenses than their white peers,” but they “receive substantially more school discipline than their white peers and receive harsher and longer punishments.”

These claims are of the sort that earlier led to a “Dear Colleague” letter addressed to schools by the Obama Administration warning if discipline results in a “disparate impact” defined by race, their federal funding might be withdrawn. Similarly, following President Biden's more recent executive order on “Advancing Racial Equity,” the Department of Education's Office of Civil Rights, citing the USCCR findings, has asked educators to submit proposals on how to “identify, address, and remedy discriminatory student discipline policies and practices.” 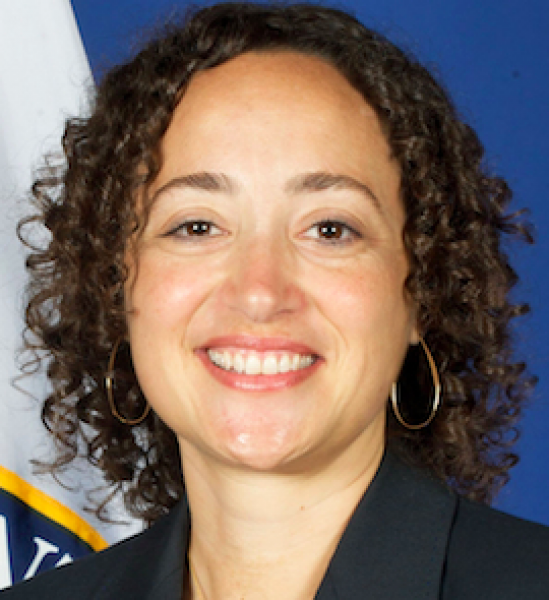 Catherine E. Lhamon, head of the Education Department's Office of Civil Rights: “All of us have implicit bias.”
U.S. Department of Education

“All of us have implicit bias,” Catherine Lhamon, currently the head of the Office of Civil Rights, formerly the executive director of the very U.S. Commission on Civil Rights that issued its report showing racial discrimination in school discipline. “No one is exempt.”

Most observers of school discipline do agree that black, Latino, and students with disabilities, are punished more than white or Asian students. But those who see this disparity in social justice terms do with it what they do with virtually all racial disparities: they assume it is due to racist discrimination, dismissing evidence that it could come about from other factors, among them that black and other minority students, many of whom come from poor, disadvantaged school districts, actually do misbehave and cause more school disturbance than whites and Asians.

One dissenting member of the USCCR investigation, Gail Heriot, a law professor at UC-San Diego, contended that there was “no evidence to support the sweeping assertion” that discrimination is mainly responsible for the racial disparity in discipline.

Support for Heriot's dissent  comes from a 2017 report issued by three government agencies, including the National Center for Education Statistics. Its findings were disturbing, for example that in a single recent year, there were more than 800,000 “nonfatal victimizations” of students 12 to 18 years old while they were in school. Students at schools that suffer serious disciplinary problems score lower on reading, math, and science tests than students at other schools.

The discipline disparity is often summed up in the racial difference in school suspensions, with black students, only 15 percent of the school population, receiving about 37% of suspensions. But the government study found that black students were two and a half times more likely than whites or Asians to report a gang presence in their schools; 32% of black students reported being in physical fights in school, compared to 23% of Hispanics and 20% of whites.

A study by Joshua Lewis Kinsler, an associate professor of economics at the University of Georgia, concluded that the gap in discipline is not due to discrimination but to “cross school variation in punishment.” There was little difference based on race within the same schools, Kinsler found; nor was there a difference due to the race of the teacher or the principal of a particular school. The difference came about because schools are different and some of them, having more gangs, more guns, more fights, and generally higher levels of misbehavior, resort to punishments like suspensions more than other schools.

This and all other original articles created by RealClearInvestigations may be republished for free with attribution. (These terms do not apply to outside articles linked on the site.)

We provide our stories for free but they are expensive to produce. Help us continue to publish distinctive journalism by making a contribution today to RealClearInvestigations.